We use sample information to infere unknown population parameters. We do hypothesis testing: we determine whether the evidence from the sample contradicts $H_0$.

Importantly, we can never accept $H_0$.

Assume $H_0$ is true and see if sample evidence contradicts it.

The p-value is the likelihood of obtaining a sample statistic at least as extreme as the one in the sample, under the assumption that $H_0$ is true.

If the null hypothesis is true, how likely is that I have a sample at least as extreme as the one I have?

The p-value tells you the probability that this sample result would be generated if $H_0$ was true. Small p-value = small probability the null is true

Reject the null hypothesis if the z-score is greater than some critical value.

Test statistics for the poplation mean

Same “brick” of formula that you used to compute CI.

Test statistics for the population proportion

Type I and Type II errors

Both depend of the standard error.

A decrease in $\alpha$ will increase $\beta$.

If the null hypothesis is “not pregnant”, the following show type I and II error. 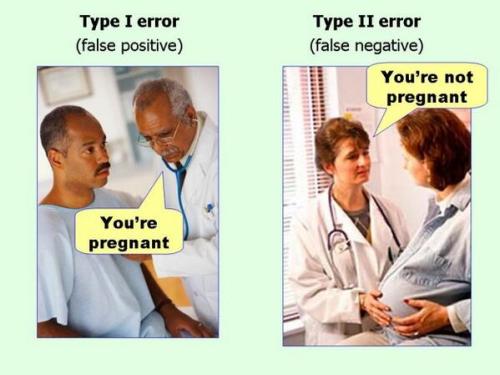 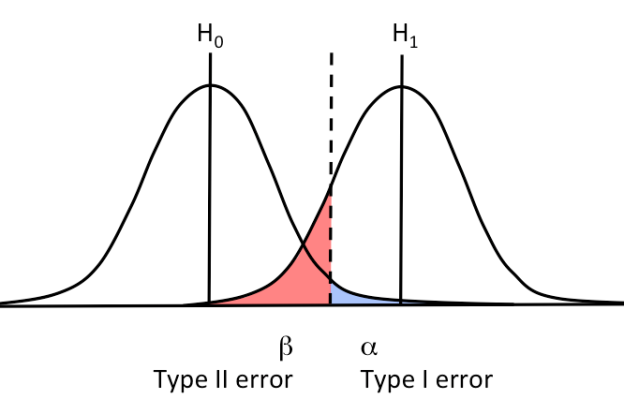